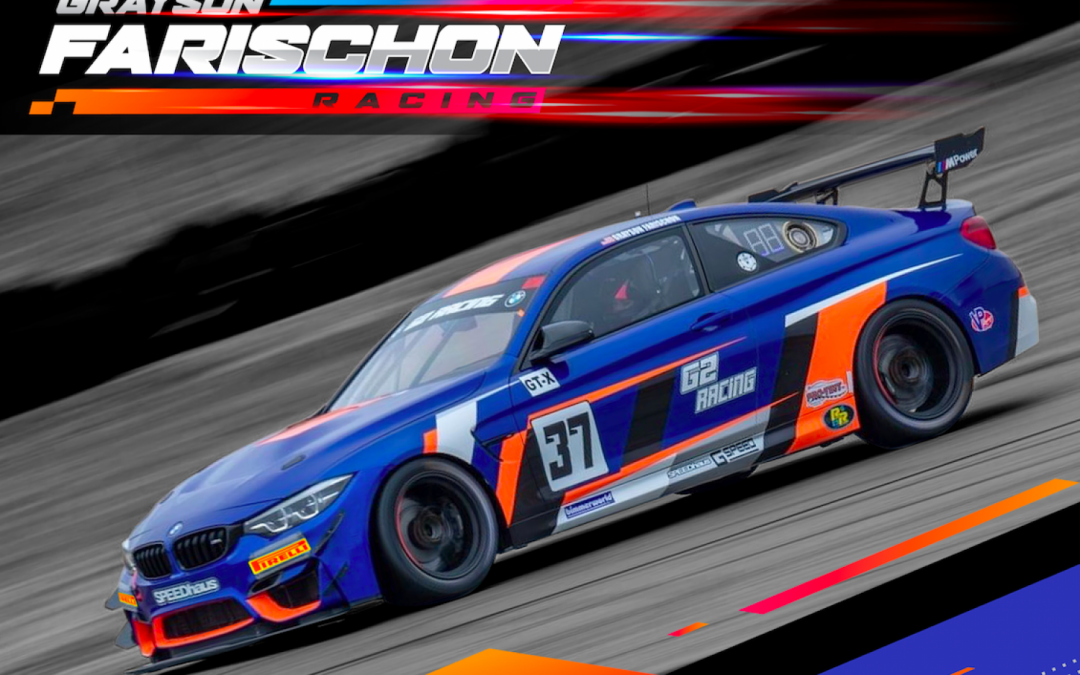 Grayson Farischon will team up with Mike Skeen in the Pirelli SRO GT4 America Series at Road America Aug 19-21st in the BMW M4 GT4 with the G2 Racing team partnered with GSpeed of Cresson, TX. Its 60-min feature races offer non-stop action with a driver change at the halfway mark.

The sixteen year old phenom from Oklahoma began karting at the age of ten at his local track and since has raised eyebrows with impressive performances and track records. Grayson won the 2020 & 2021 Hallett Motor Racing Circuit’s COMMA Series Spec Miata Championships with combined 28 wins. He is the youngest to win the Championship back to back and second youngest driver to win a COMMA championship. Grayson continued his progression in the very competitive Spec Miata class 2021 and 2022 SCCA’s Hoosier Super Tour with recent wins in the SCCA Green Country Grand Prix Hoosier Super Tour and the KVRG Heartland Spring Majors.

Mike Skeen is no stranger to the professional racing circuit having won the 2020 Trans-Am 2 National Championship driving the Stevens-Miller Racing/Liqui Moly/Turn 14 Distribution Camaro. He has many high profile victories to his name in the Pirelli World Challenge GT Series, Pikes Peak International Hill Climb, Trans-Am, SCORE Baja 1000, NASA, experience in IMSA and NASCAR, and is a highly sought-after professional driving coach.

“I am excited to get back to racing in SRO at one of my favorite race tracks. Grayson has shown to be an excellent talent and it will be great to help him hit the ground running in his pro racing debut. “ said Mike Skeen. For more about Grayson Farischon please visit www.graysonfarischonracing.com to learn more. Or follow Grayson on Facebook and Instagram. For more about Mike Skeen please visit, www.mikeskeen.com or on Facebook, or on Instagram.