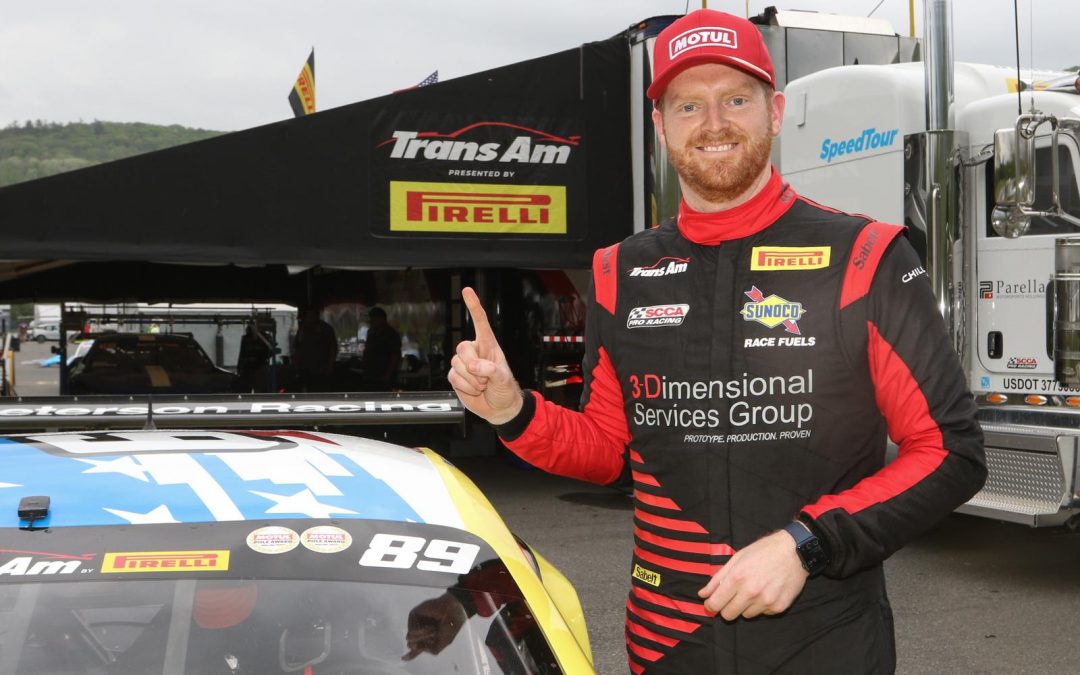 Practice and qualifying are in the books for the Trans Am Series presented by Pirelli’s TA2 class. Things look very similar to last year for Mike Skeen in the No. 89 3Dimensional Services Group Ford Mustang, who had the fastest car in practice with a lap time of 52.107 and earned the Motul Pole Award with a record-breaking lap time. Skeen led practice and qualifying last year on his way to winning the race.

Misha Goikhberg was second fastest in practice in the No. 20 BC Race Cars Ford Mustang, less than two tenths behind with a 52.265, and Connor Zilisch was third in his No. 5 Silver Hare Racing Camaro with a time of 52.525. Thomas Merrill’s No. 26 BridgeHaul/HP Tuners/Cope Race Cars Ford Mustang and Skeen’s teammate Rafa Matos in the No. 88 3Dimensional Services Group Mustang rounded out the top five with lap times of 52.550 and 52.595, respectively.

“Our weekend’s been great; obviously the 3Dimensional services car has been fast from the start,” said Skeen while giving his teammate a fist bump. “We’ve been leading practice and now had a great lap in qualifying. The car is still really good. I think we’re going to get a big mix up tomorrow with rain, so hopefully we can make the car work well in that. We’re in the best position to start and hopefully stay out front and keep a clear windshield.”