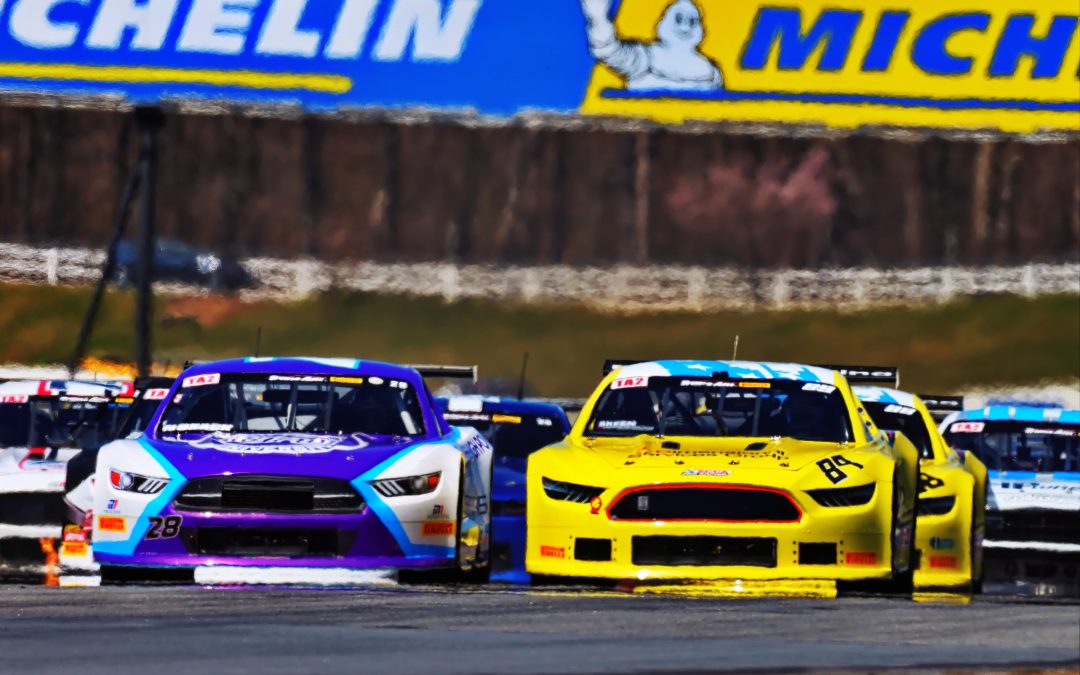 Connor Mosack earned his second-consecutive Motul Pole Award and showed a lot of early speed in the Trans Am Series presented by Pirelli’s TA2 feature, but before the race reached halfway, the Young Gun was overtaken by 2020 Champion Mike Skeen’s No. 89 3Dimensional Services Group Mustang. Skeen, a two-time winner at Road Atlanta, never looked back. Despite multiple yellow flags, Skeen was able to hold off his competitors and maintain his lead, earning his first victory of 2022 and third win at the Georgia road course.

Mosack was confident going into today’s race, stating yesterday after qualifying that his No. 28 High Point University Camaro was the best it had been all season. Unfortunately for Mosack, Skeen was able to overtake the 23-year-old on lap 15 and hold the lead for the remainder of the race. However, the rest of the podium was yet to be decided, and the second and third positions changed rapidly as different competitors experienced mechanical issues and incurred race damage.

Skeen’s teammate Rafa Matos was also able to navigate around Mosack on lap 15 and held the second position until engine woes took him out of the hunt, moving the young Brent Crews to second in his No. 70 Nitro Motorsports Ford Mustang. Once Crews moved into second, he held the runner-up spot until the checkered flag. Mosack moved into third place following Matos’ troubles but was passed by Adam Andretti’s Peterson Racing machine on lap 26. However, a wild restart and ensuing crash on lap 30 resulted in both Andretti and Mosack getting taken out of contention. This paved the way for Thomas Merrill’s No. 26 BridgeHaul/HP Tuners/Cope Race Cars Ford Mustang to take over the third position, which he held until the race’s conclusion.

“I had an awesome car from Peterson Racing,” said Skeen as he emerged from his car. “I am so happy to be a part of this program and to get my first win with this team. The guys gave me a great car; we were really consistent on the long run and had great pace. In the first stint when I was following Connor [Mosack], I didn’t know if we had enough for him, but he made a mistake on that first restart and I was able to get by him. It was kind of smooth sailing from there, He got attacked by other guys and it took the pressure off of me a lot. When we were out there with a 10-second lead, I didn’t want a yellow, but we were able to survive those restarts and bring home the win.”

Following the event, series newcomer Sammy Smith was awarded the ChillOut Keep Cool Move of the Race, and Connor Zilisch in the No. 57 Silver Hare Racing Camaro was awarded the Omologato custom-branded Trans Am watch, earning the Young Gun Fast Lap Award for being the Young Gun with the fastest lap of the race (1:24.502). Maurice Hull in the No. 75 Silver Hare Racing Camaro won the TA2 Masters award.

TA2 returns to the track next month at WeatherTech Raceway Laguna Seca.

UPDATE: Following the TA2 event at Road Atlanta, race review by Trans Am stewards resulted in several penalties which affected the provisional results and ultimately changed the podium and top five.

The No. 70 of Brent Crews (originally scored second) was penalized 40 seconds for blocking, which led to the crash between Adam Andretti and Connor Mosack. This moved Crews back to the 17th position.

The No. 18 of Sammy Smith (originally scored fifth) was penalized 40 seconds for passing under yellow. Smith is now scored 18th.

The No. 57 of Connor Zilisch (originally scored sixth) was penalized 40 seconds for avoidable contact. Zilisch is now scored 19th.

The No. 30 of Michele Abbate (scored 27th) was penalized 40 seconds for avoidable contact but remains 27th.

The No. 88 of Rafa Matos (scored 34th) was penalized 40 seconds for avoidable contact but remains 34th.

The No. 34 of Patrick Paul (scored 40th) was penalized 40 seconds for avoidable contact but remains 40th.

The top five is now as follows: