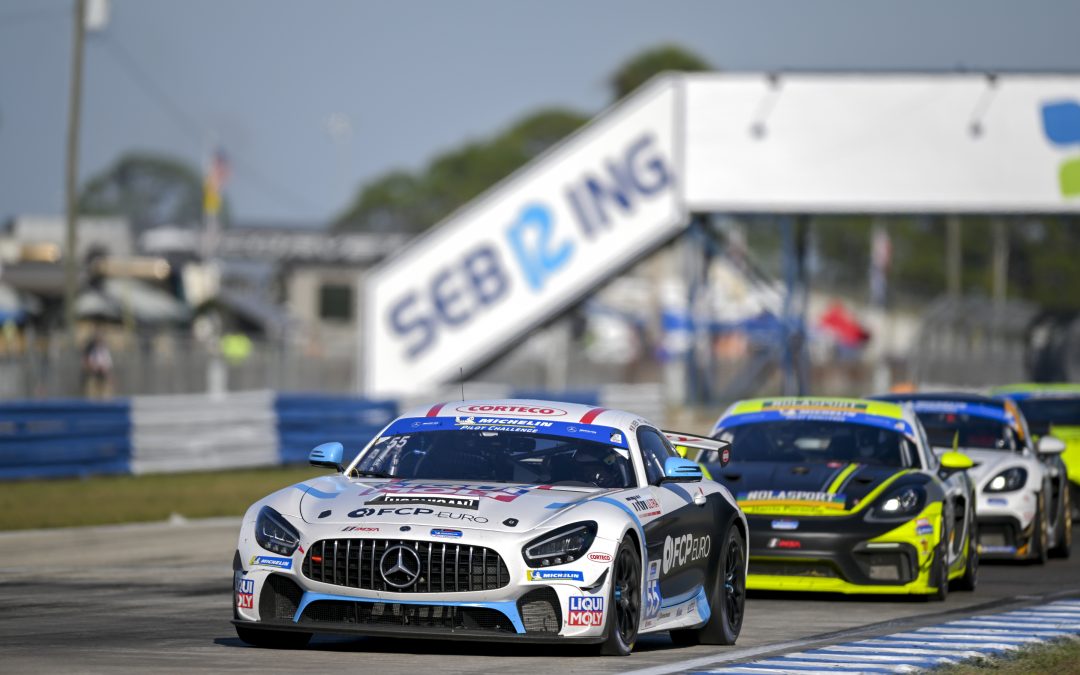 02/23/2022 — FCP Euro Motorsports returns to the IMSA Michelin Pilot Challenge Series for 2022 in their AMG GT4 at the Alan Jay 120 at Sebring, continuing their fight in the GS class.

The IMSA Michelin Pilot Challenge is part of the premier endurance racing series in the United States and was the logical step for FCP Euro Motorsports after winning the 2019 TCR-class Team, Manufacturer, and Driver championships in the SRO TC America series. The pandemic-abbreviated 2020 season allowed time for the FCP Euro Motorsports team to regroup and set their sights on an IMSA campaign, leading to the acquisition of two Mercedes-AMG GT4s for a shot at the IMPC GS-class title. 2021 saw the team finish with multiple top-ten results; now they return to the series more experienced and with an all-new driver line-up.

Based at the FCP Euro headquarters in Milford, Connecticut, the team is excited to announce that they have retained their core partners. They are led by title partner, LIQUI MOLY, producer of engine oils, additives, and lubricants, joined by Corteco, manufacturer of gaskets, filters, and engine mounts, and TRW Ultra, maker of brake pads. “These partners have been with us for several years now, and we wouldn’t have this program without them,” expressed FCP Euro CEO, Scott Drozd. “We are proud to represent them in the IMSA paddock and look forward to achieving new heights together in 2022.” Along with providing the parts, fluids, and support the team needs to compete, they work directly with FCP Euro to provide products that help thousands of enthusiasts repair and service their European vehicles.

Wearing #55, the Mercedes-AMG GT4 will be piloted by a new driver line-up with Mike Skeen and Trevor Andrusko behind the wheel. Skeen is an IMSA regular with experience in both prototype and GT racing. He is a 2020 Trans-Am national champion, and last month earned a third-place finish in GTD at the 24 Hours of Daytona. Andrusko drove several seasons in the Lamborghini Super Trofeo series with TPC Racing and in the WRL with Kingpin Racing. This year he joins the IMPC behind the wheel of the FCP Euro Mercedes-AMG.

Nate Vincent, FCP Euro’s Director of Motorsports, played a significant role in putting together the new driver line-up. “Skeen first drove with us in AER in 2018 and has since built a solid relationship with FCP Euro. He’s a longtime customer, a European car enthusiast, and has extensive experience with the Mercedes-AMG platform, so it was a no brainer,” said Vincent. Skeen’s experience with the AMG GT dates back to 2016 when the car became available to race in the United States.

Vincent was equally excited to land Andrusko, singing the praises of the young driver. “While less experienced than Skeen, Trevor is an up-and-coming driver who’s not afraid to get his hands dirty and is currently building a name for himself in motorsports. His experience in the Super Trofeo series and WRL will lend well to his debut against the tough competition in the GS class.”

The IMSA Michelin Pilot Challenge heads to Sebring International Raceway on March 16th to start the second round of the 2022 championship. You can visit IMSA.com for event details, ticket purchases, live stream information, and more. 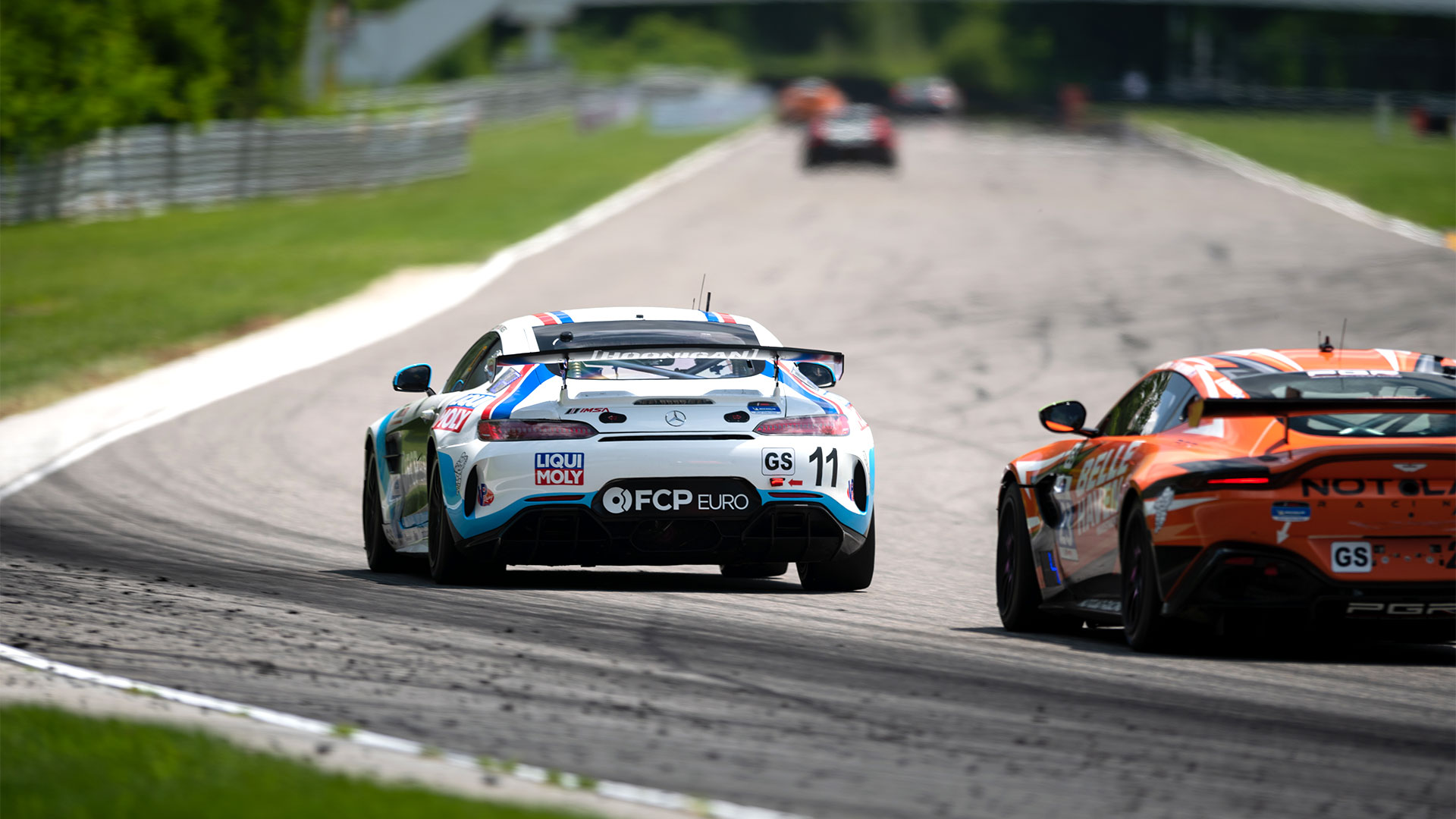 The IMSA Michelin Pilot Challenge heads to Sebring International Raceway on March 16th to start the second round of the 2022 championship. You can visit IMSA.com for event details, ticket purchases, live stream information, and more.