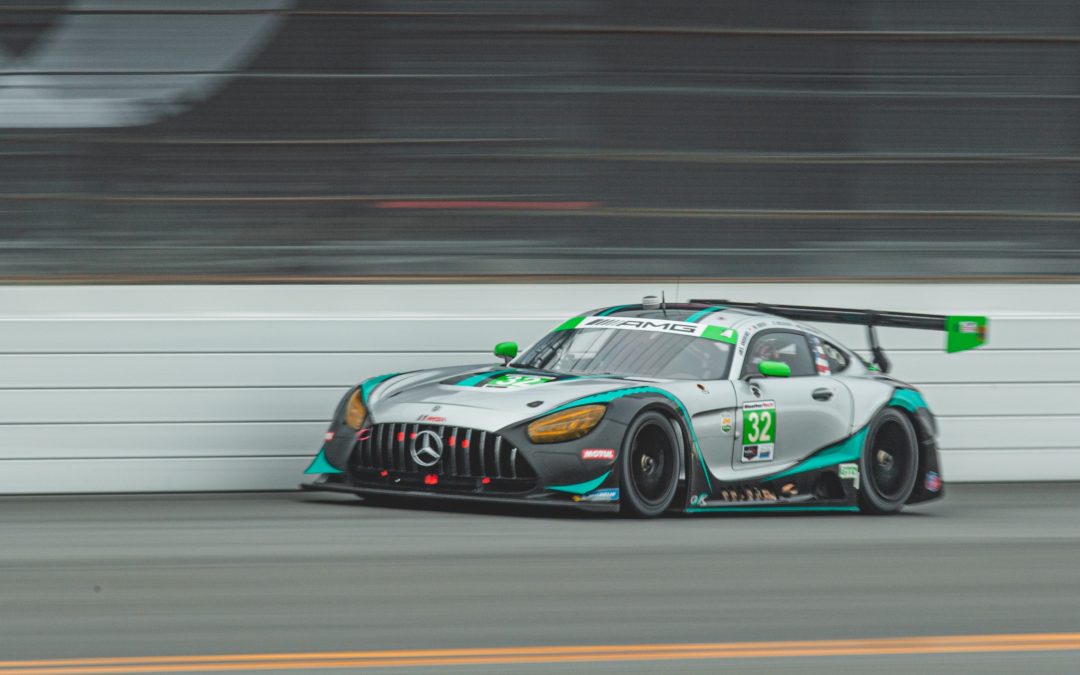 Out of the record six Mercedes-AMG GT3 entries in the Rolex 24, the GK team stepped up to join its fellow Mercedes-AMG Motorsport customer teams in a strong showing in both the GTD and GTD Pro classes throughout the twice-around-the-clock race. Each of the six entries led at least one race lap in the Rolex 24, with GK taking the lead three times at the front of the GTD field for 21 total laps led.

The GK No. 32 remained a fixture in the top five, and frequently broke into the top three, for 20 hours, remaining competitive throughout the race with each of its four drivers behind the wheel. Andrews drove the final stint and raced into third place after another lead competitor was assessed a penalty following the final restart of the race. The No. 32 crossed the finish line just over six seconds behind the second-place finisher and less than 20 seconds shy of the GTD class winner.

It was the second-consecutive year a Mercedes-AMG Motorsport Customer team reached the podium in its Rolex 24 debut. In 2021 Winward Racing drove a Mercedes-AMG GT3 to the GTD victory in its first Rolex 24, with a repeat win looking likely for the majority of this past weekend’s race.

Next up for Mercedes-AMG Motorsport Customer Racing competitors in both the IMSA WeatherTech SportsCar Championship and the IMSA Michelin Pilot Challenge is round two of each series during the 12 Hours of Sebring weekend a Sebring International Raceway, March 16 – 19.

Mike Skeen, Driver – No. 32 Gilbert Korthoff Motorsports Mercedes-AMG GT3: “I’m just extremely proud of all these guys. It’s our first time together, but there’s a lot of guys who have been here before and done this race. It’s a very promising start for the program, and I am really excited to see what we can do for the rest of the year. I am ecstatic to be on the podium. We obviously came here for a win, but this feels like a win at the moment. The Mercedes-AMG GT3 was really consistent throughout, even in really difficult temperatures all night and most of the day. We are starting off with some good points, and that puts us in a really strong position for the championship.”

Stevan McAleer, Driver – No. 32 Gilbert Korthoff Motorsports Mercedes-AMG GT3: “This is a spectacular result for us. Moving up to the GTD class this year, this is my first big event with the new guys and taking on the talent level in this field is no small task. There were 22-plus cars in this field, and we have been running at the front all weekend. It is pretty special, and we are ecstatic for Mercedes-AMG as the highest finishing Mercedes-AMG GT3. I can’t thank the team enough. The car was solid, and it is very easy to drive on old tires, which is important in endurance racing.”