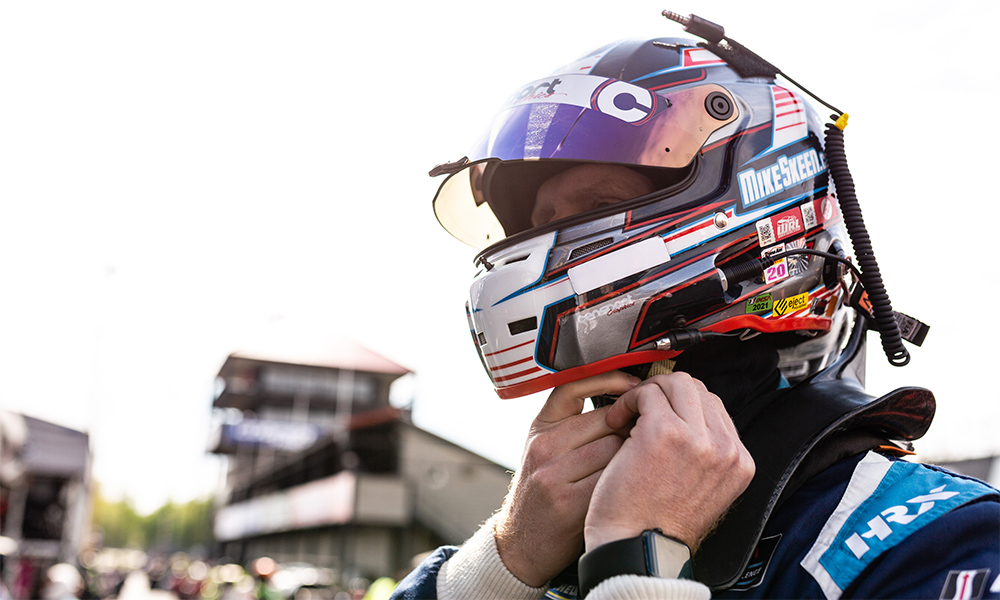 Skeen will share driving duties of the team’s Mercedes-AMG GT3 Evo with Guy Cosmo for the two-hour and 40-minute GT-only event.

While the outing will mark Skeen’s first outing with the team in GTD competition, it will not be the first time he competed with the organization.

“I’ve known Gilbert Korthoff through running with them several years ago in LMP3,” said Skeen, who had one victory at Petit Le Mans, second place at VIR and pole position at Mid-Ohio in three races with the team in 2019.

“Their program has been coming together all year. I had some conflicts earlier this season, which is why I haven’t raced with them yet, but I tested with them once before Road America. VIR and Petit Le Mans are the two rounds I was able to do. We’re going to do some testing and then do the race program, and see where we go from there.”

It will, however mark the first time Cosmo and Skeen will have co-driven a car together.

“I’m really excited to have Mike Skeen join us,” Cosmo said. “He’s absolutely at the top of his game, winning everywhere he goes lately.

“Although we’ve never driven together before, it’s going to be exciting opportunity for that to finally happen, and to work together to continue to develop this Gilbert Korthoff program in WeatherTech competition.”

Skeen added: “I’ve never directly worked with Guy, other than that one test, but we’ve been friends over the years. We’ve done only one test together. It’s cool that the opportunity has come up that we can get to work together.

“I love running in IMSA. Obviously, IMSA is a high level of competition, and the AMG is a good all-around car. It’s not the fastest car in a straight line, but it’s a good package and a lot of fun to drive. GTD is as strong as ever, and I’m looking forward to it.”