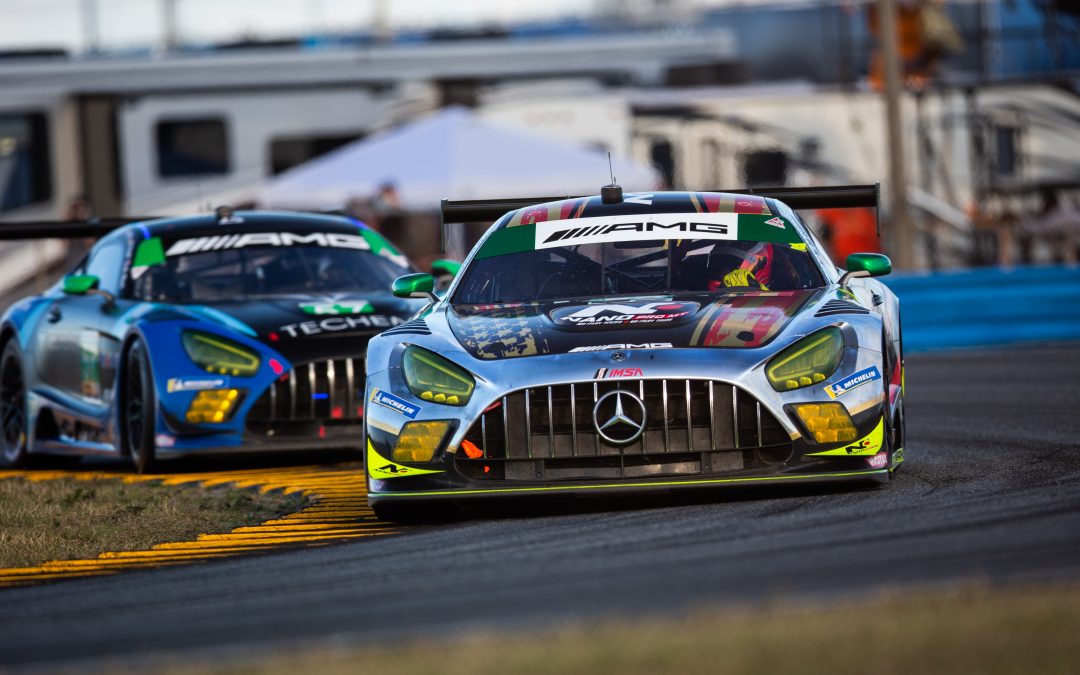 Alegra Motorsports faced an uphill battle in the 2021 Rolex 24 Hours of Daytona with a last minute driver change for Michael de Quesada, who tested positive for Covid-19 on the morning of the race.  Super-sub, Mike Skeen, was drafted in to maintain the team’s eligibility in the race.

Skeen had already left Florida following the Michelin Pilot Challenge race the day before to compete in another endurance event at NOLA Motorsports Park, but turned around immediately upon getting the call from Alegra Motorsports team manager, Tony Ditto.

Skeen said, “Fortunately, Kelly and I know several members of the team and they were able to track down Kelly [Skeen’s girlfriend]. She helped facilitate getting ahold of me mid-race at NOLA and sorted through details to make it all happen. I grabbed an Uber to the airport as quickly as possible and started heading right back to Daytona.
Less than an hour before the start of the race, IMSA informed the team the driver change was approved, but that Skeen wouldn’t be able to drive at night due to missing night practice earlier in the week. This meant that all of Skeen’s drive time requirements would have to be fulfilled after sunrise on Sunday (4.5 hours, but no more than 4 hours in a 6 hour period).
“I arrived in Daytona at 10pm, headed to the track to say hello to the team, ask some questions about team-specific procedures and such, before going to get some sleep. Unfortunately, the team had fallen back due to some pit stop issues and penalties in the first half of the race.  We got back to the track at 6am for me to go in the car at 7 and we were running around P14,” Skeen recalled.  He continued, “Immediately after sunrise, I hop in the car, manage to get in without holding up the pit stop, don’t stall, and don’t screw anything up on cold tires under green in an unfamiliar car. First goals accomplished!  I did a double stint without any issues and I had good pace, took an hour break, then did another double. Things were going pretty well, but we are digging out of a hole. We had gotten up to the Top 10 by this point, but we were still several laps down. I get about two hours off at this point to satisfy regulations before getting in for my final stint, which would see me taking the checkers 25 hours after hearing I’d be in the race from four states away. I may not have seen any seat time in the first half of the race, but it was an endurance event to be sure.”
Skeen added, “I must say thank you to the Alegra Motorsports crew and drivers, including Michael de Quesada, who I hope is feeling better; the IMSA staff that made the last minute changes possible to keep the 28 car in the field; all the other friends that lended a hand; Mark Brummond and his team that told me to go and took up my slack in NOLA; and last but certainly not least, Kelly for taking care of countless details and keeping everyone informed and entertained via social media while I was running around making loud noises in a GT3 car.”