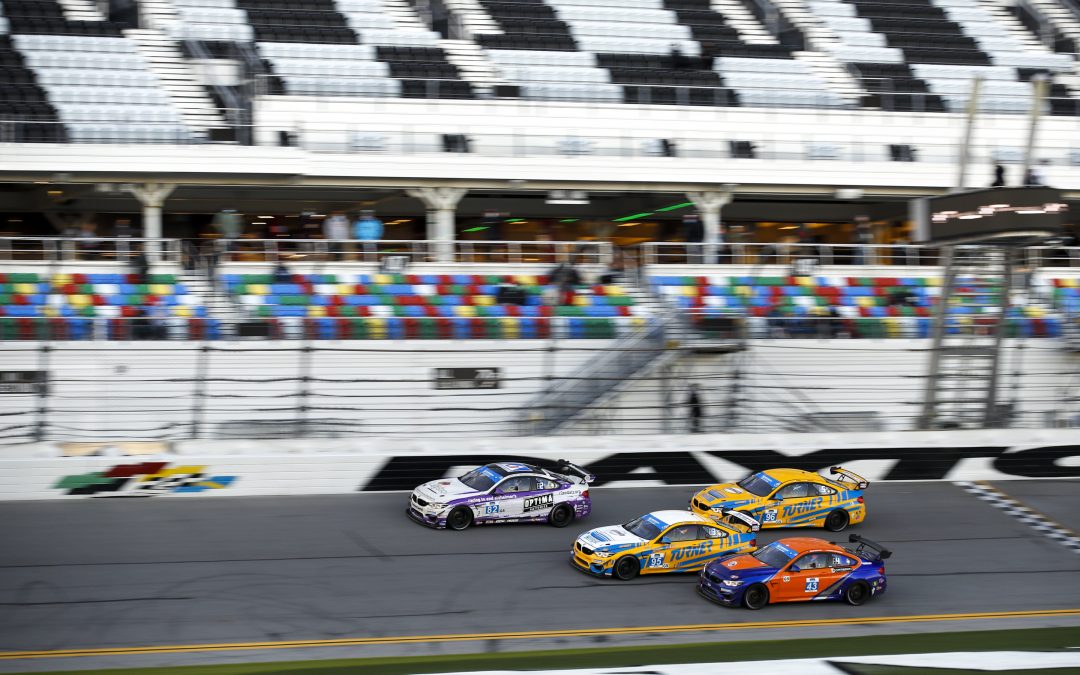 The BimmerWorld/Optima Batteries/Racing To End Alzheimer’s BMW M4 GT4 of Mike Skeen/James Clay/Nick Galante battled for the lead in the final laps of the IMSA Michelin Pilot Cup BMW Endurance Challenge at Daytona.  A strong race for the trio saw all three drivers inside the Top 10 throughout the afternoon and a series of restarts near the end of the race allowed Skeen the opportunity to bring the car towards the front.  After moving up to second place and chasing the lead McLaren of Kuno Wittmer, a final full course yellow prompted a restart in the last five minutes that brought the third and fourth place Turner BMWs back into contention.  A dramatic drafting battle on the super speedway saw three-wide passes and side-by-side battling right to the checkered flag.  Ultimately, the #82 BimmerWorld car finished in fourth place, less than a car length off the podium.