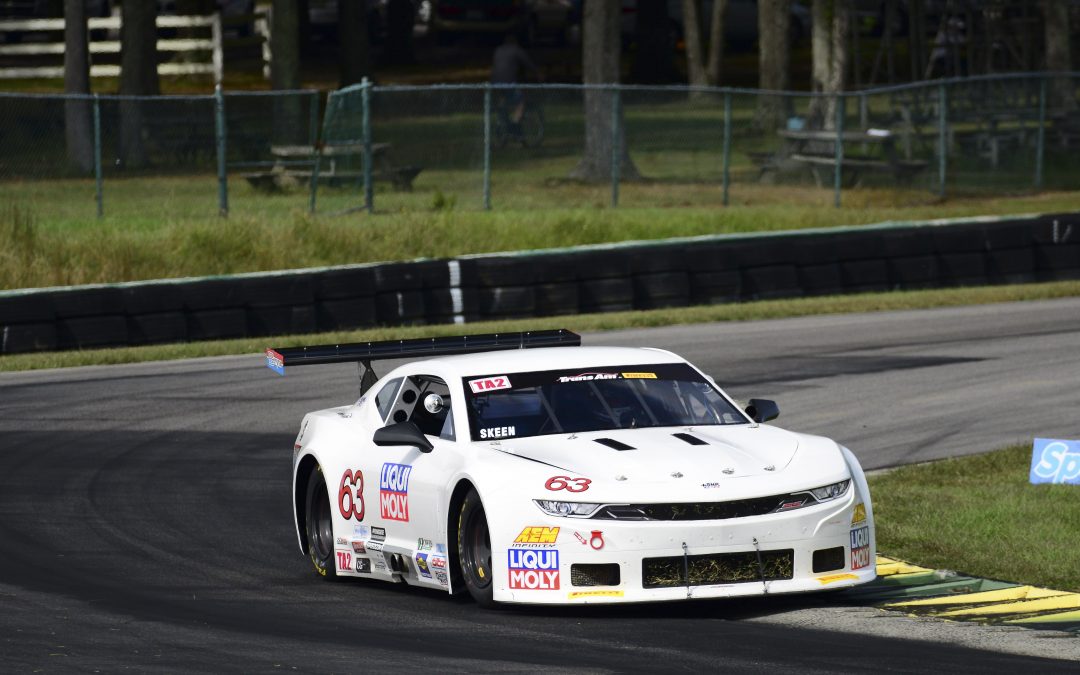 Driving a borrowed car, TA2 Powered by AEM point leader Mike Skeen passed Esports racer Tyler Kicera with three laps to go for his fourth victory of the season. He came from the back of the grid in the No. 63 Liqui Moly Camaro due to a car-change after Race 1.  The borrowed Camaro from Stevens-Miller Racing driver Bob Lima performed flawlessly. Kicera had to settle for second after leading most of the race.