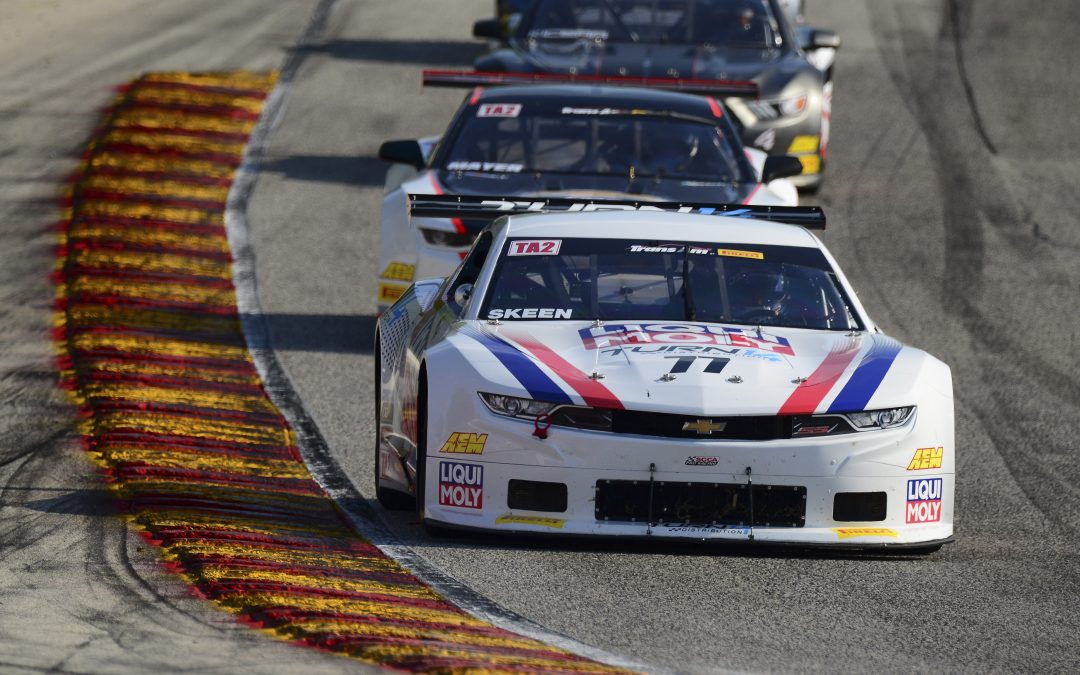 Mike Skeen was declared the winner of Saturday’s TA2 Powered by AEM race at Road America after an incident with 16 minutes brought out a red flag. There was not enough time remaining to clean up the track.

Skeen led all 13 scored laps in the No. 77 Liqui Moly Chevrolet Camaro, and extended his lead in the season championship after four races.

Sam Mayer placed second in the No. 96 M1 Racecars Camaro.

Rafa Matos wound up third in the No. 7 Silver Hare Racing Camaro. Starting from the back of the pack after being late for the pre-race grid, he worked through the pack and made a bid for the lead on the 14th lap in the high-speed kink.