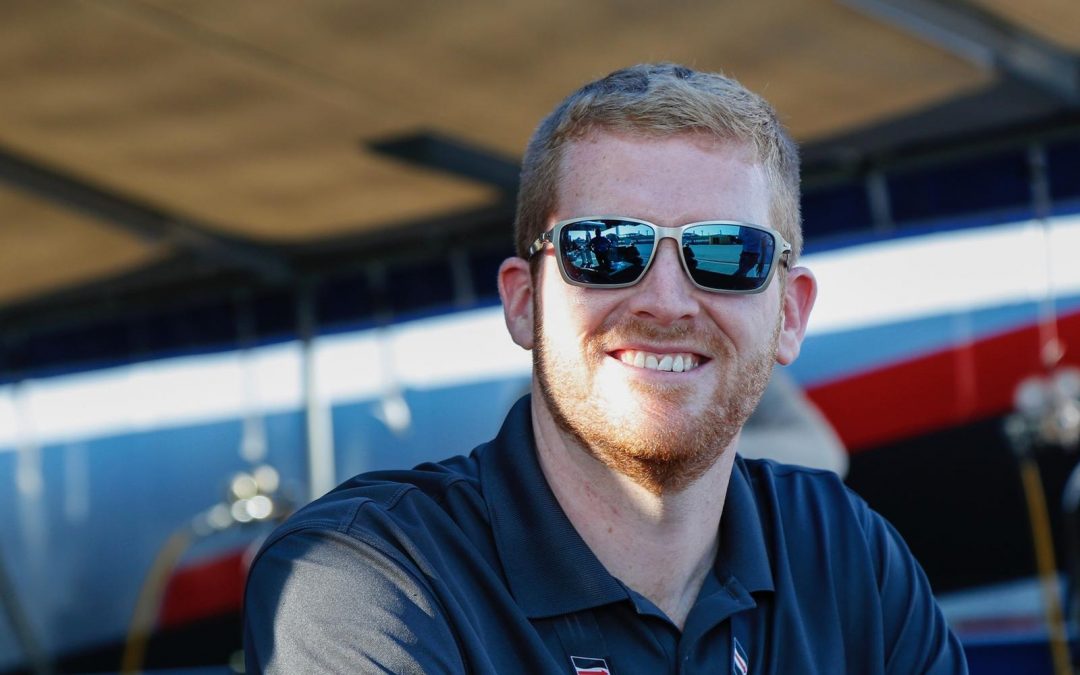 Columbia City, Ind.—Stevens-Miller Racing (SMR) will be back to defend its 2019 Team Championship with a revitalized line up of cars, drivers and renewed support from Liqui Moly USA and Berryman Products.

Team Owner Joe Stevens said, “It’s hard to believe the season is already upon us. My team has been hard at it all winter and we have a whole new look as for the first time in more than five years we will not start the season with a Dodge Challenger under our awning. It’ll be a season of new challenges and opportunities as we try to collect not just the national championship but also the Northern and Southern Cup Championships.

Also new under the SMR canopy are Robinson Racing alum Jim Fraser, Norm Johnson and Dave Warfel. “I’m pumped to have these guys come on board,” Stevens said. “This is the same group who helped Gar Robinson and Shane Lewis dominate in the past and claim two titles. Their addition will enhance our engineering capabilities across all of our cars.”

Leading SMRs challenge to repeat the 2019 driver’s championship will be Mike Skeen. “Mike is a great addition to our team. He will be driving our No.77 Liqui Moly, Turn 14, Chevrolet Camaro with additional support from DSC Sport,” Stevens added.

Skeen said, “It’s great to be back in the Trans-Am series and driving for Stevens-Miller Racing. I’ve worked with Joe and his team previously so I know the high level of professionalism he brings to the paddock. The level of competition in TA2 is very high – for sure it’ll be a challenge, but as a team we’re up for it. Joe takes his approach to racing very seriously and I’m excited to be working with Joe and his team.”

2019 TA2 Champion Marc Miller and second-place finisher Dillon Machavern will not be returning to SMR as they have taken opportunities in IMSA for 2020.

Miller said, “One of the toughest decisions I’ve had to make was whether or not to defend my TA2 title. In the end, I’ve decided to join Gradient Racing. I have a long relationship with Gradient and I’m looking forward to rejoining the team that gave me my first IMSA start. I couldn’t be more thankful to Joe Stevens, SMR and Trans Am. Winning the championship and the Mark Donohue award means so much to me and my family. Mike Skeen is very talented driver and coach, he will undoubtedly be a force to contend with this year.”

Stevens said, “Alex Wright is back and will be driving the No. 12 Berryman SMR Ford Mustang. Alex had a great first year in TA2 and we’re thrilled to have him represent Berryman Products for 2020. He finished just outside the top 10 last season and this year he will focus on the Northern Cup Championship. I know he’s excited to get in the Mustang that Dillon Machavern drove to second in the championship last year. And for those who loved the look of the Berryman Products Camaro last season – have no fear, the Chemtooler is back.”

Wright said, “I’m hoping to build on a good rookie season. With a little more consistency and experience, I’m expecting some good results. I’m looking forward to representing Berryman Products, the car is a real crowd-pleaser with its Big Daddy Ed Roth-designed Chemtooler on its side.”

John Paul Southern Jr. will be returning after his Daytona debut, Stevens said. “JP will have the backing of the Wampum Pennsylvania’s, Pittsburgh International Race Complex and will carry the Pitt Race logo promoting their track ‘Where passion meets performance.’”

Southern said, “I’m very appreciative to have a home with Stevens-Miller Racing this year. The chemistry that started at Daytona continued in the off season and that developed into the opportunity to race for the Southern Cup championship with Joe and his team. I plan to take advantage of the resources that exist with the team and contribute to their position on the grid. I will work as hard as I can to deliver strong results in the No. 61 Pitt Race SMR Chevrolet Camaro. Daytona was a blast and I can’t wait for Sebring.”

Stevens said, “Going for three titles under one canopy will be no small feat, but I’m more than excited to give it all that we have. I want to say thank you to our supporters, Liqui Moly USA, Berryman Products, Howe Racing Enterprises, Sabelt Racing, Prosystem Brakes, and Pagid Racing. I also want to thank all of our part- and full-time staff who have worked so hard this winter to put our 2020 program together. Now it’s time to get down to it, the transporters are loaded and we’re ready to head to Sebring.”

Stevens-Miller Racing (SMR) has one of the highest winning percentages in Trans Am’s TA2 category. SMR’s staff has earned 30+ podiums, three championships, multiple Hard Charger Awards, Rookie of the Year, and more. The team’s focus is achieving the driver’s desired goals. Whether that’d be just having fun, developing driver skill, or winning championships, SMR does it all and has the winning history to back it up. See www.stevensmillerracing.com for more details about our programs and Arrive & Drive opportunities.