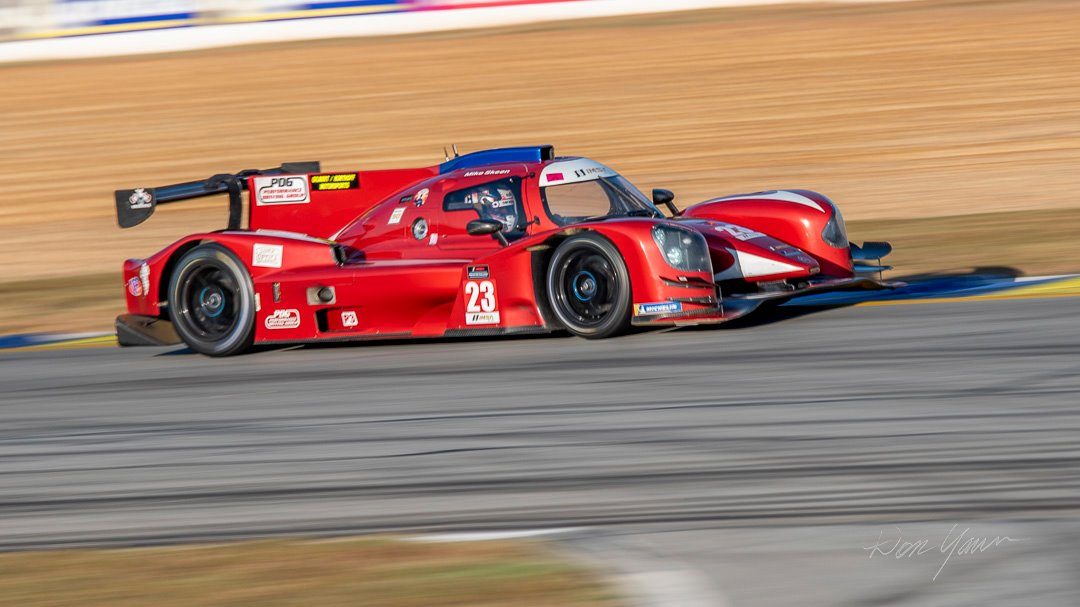 Skeen thought his race was all but over in the No. 23 Gilbert/Korthoff Motorsports Norma when he spun while battling Matthew Bell (No. 64 K2R Motorsports Ligier JS P3) for second place early into the one-hour, 45-minute race.

Falling all the way to 18th place, Skeen raced faster and longer than most anyone for the first stint, taking the lead for five laps before making his mandatory pit stop on Lap 39, nearly an hour into the race.

He emerged in second place after the pit cycle, trailing only pole sitter Stevan McAleer (No. 43 Robillard Racing).

After a restart following the last of four full-course cautions, Skeen dove inside McAleer heading into the esses with five minutes remaining. McAleer slid into the grass before correcting and getting back on track, but Skeen was long gone.

Skeen pulled away to win by 2.928 seconds over Bell in the No. 64. The victory followed a second-place finish for Skeen in the previous series race at Virginia International Raceway in August.

The broadcast of the Prototype Challenge season finale airs at 1 p.m. ET Friday, Oct. 18 on NBCSN.