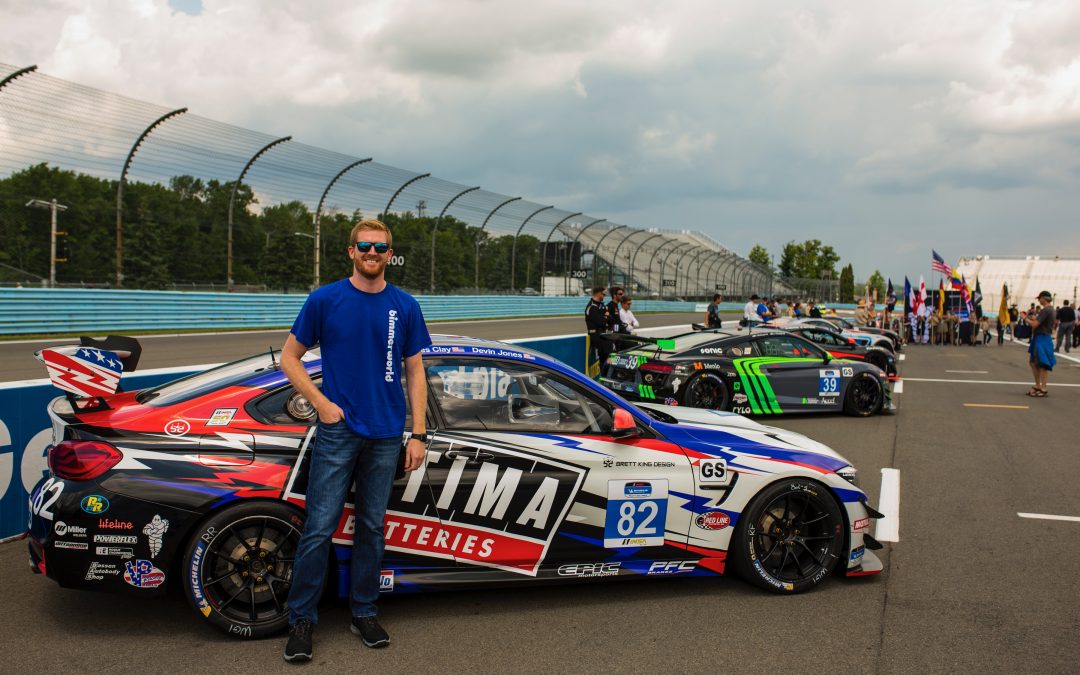 If you love your BMW, you’ve likely bought many parts from BimmerWorld and its owner, James Clay. You know you’re going to get great products and devour the German gummy bears the moment you open your BimmerWorld package. Somehow in the sugar high of Haribos, the internet created an intense BMW rivalry between James and Mike, which neither of them understood. Why was one BMW lover pitted against another?

While the answer remains unclear, the two are happy to set the record straight and come together for a race at their home track of VIR. James Clay will continue to co-drive with Devin Jones and Mike Skeen will race with Ari Balogh in the second of the team’s BMW M4 GT4s. Long-time team truck driver/chef/cheerleader, Super Dave, will not be able to join the team in celebrating this momentous occasion. In his absence, BimmerWorld and Mike Skeen super fan, Jason Crist, will be taking on those duties and loaning Mike his absurdly tall driving suit.

BMW enthusiasts have rejoiced in the news of this event. When VIR local and Spec E46 champion/series director, Evan Levine, was asked what he thought about Mike joining forces with BimmerWorld, he could not hold back his excitement and responded with “Okay.” Clearly, the locals cannot contain their emotions over news of this historic event.

Mike’s biggest fan (read: his mom), Sherbie Skeen, was quick to share her thoughts on the matter: “I’m just so excited for Michael. He’s always wanted to race a BMW. I’m glad to see him back in one again.”

Sherbie and Evan are both looking forward to attending the race with a massive crowd of at least three family and friends in late August.

Tickets are currently on sale at virnow.com with a special early bird discount ending this Thursday night.