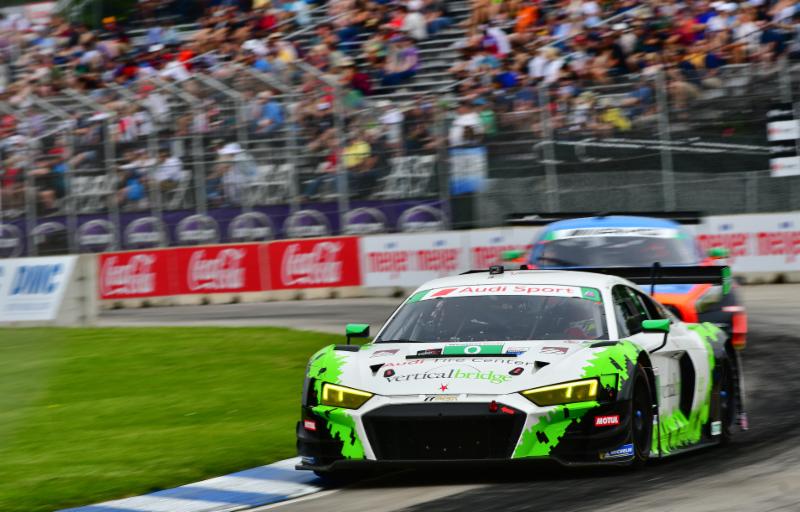 DEERFIELD BEACH, Fla., (June 25, 2019) – The IMSA WeatherTech SportsCar Championship returns to endurance racing this weekend at Watkins Glen International, and Starworks Motorsports has secured Mike Skeen to race alongside full season drivers Ryan Dalziel and Parker Chase in the No. 8 Audi R8 LMS GT3 Evo. Skeen replaces Ezequiel Companc, who raced the Rolex 24 Hours of Daytona and the Twelve Hours of Sebring with the team but has been sidelined due to injury from an on track incident at Paul Ricard in the Blacpain GT Endurance Series.

“We’re wishing Zeke a speedy recovery, and are sad he won’t be able to return for this round,” said Starworks Motorsport team owner Peter Baron. “It was a challenge to find a silver that knew the Audi and Watkins Glen. Mike was our first call. He’s the best silver available.”

The Sahlen’s Six Hours of the Glen is IMSA’s third of four North American Endurance Cup races on the 2019 calendar. While speed an hour may not have been on the team’s side during the Rolex 24 at Daytona or the Twelve Hours of Sebring, the team used strategy and expert driving to remain competitive before attrition took them out of podium contention. At the Detroit Grand Prix, the team had a season best finish of sixth place, at a street course circuit notoriously difficult for passing. The team again will be challenged on speed and power, but has strong hopes looking ahead to the six hour endurance event.

Located in Watkins Glen, New York, Watkins Glen International held its first race in 1957 and has since been a staple of the sports car racing calendar. The 11-turn, 3.4 mile permanent road course will host 37 entries across four classes, racing for six hours on Sunday, June 30. This year, the GTD class has a new rule, requiring teams to have three drivers in the car instead of giving competitors the option to run more than the two full season drivers. All three drivers will share the driving duties for the practice sessions, totaling three hours of driving before qualifying on Saturday morning.

Starworks Motorsports has had previous success at the Six Hours of the Glen, most recently earning a win and double podium in 2016 with Renger van der Zande and Alex Popow taking top honors, following up on another Glen victory in 2015.

The 2019 Sahlen’s Six Hours of the Glen will begin Sunday, June 30 at 9:45AM Eastern and air on NBCSN that evening at 7:00PM. Fans can watch the race live in its entirety on the NBC Sports app and NBCSports.com starting at 9:30AM ET. IMSA Radio will also stream live audio coverage of every session throughout the weekend on imsa.com, radiolemans.com, and on race day via SiriusSM Radio on channel 218, and XM 202.

Mike Skeen
Starworks has always put together a strong program and it was exciting to see them join the GTD ranks this season. I am thrilled to be joining the team for Watkins Glen–driving alongside Parker and Ryan will make for a quick lineup that should provide great consistency throughout the six hour sprint race we will see on Sunday.

Ryan Dalziel
The Shalen’s Six Hours of the Glen that one race that’s always gotten away from me. I absolutely love the track and the area. Getting a good result this weekend is going to be crucial for Parker and I as we’ve just had a tough start to the season. Detroit was nice to get a solid finish in the bag, but it’s very tough going to race tracks every weekend knowing we don’t have the BOP (Balance of Performance) to win on speed. Six hours opens up better strategy options for us than a sprint race like the Detroit Grand Prix. Hopefully with the usual excellent pit stops from Starworks and some genius strategy from Peter Baron we can get out front and drive as wide as possible.

Parker Chase
I’m ready to get on track at Watkins Glen. I’ve been to Watkins Glen once in 2015 and really enjoyed it so I’m excited to head back. Having Mike Skeen join our program is going to be great. Wish Eze could be joining us and wish him a quick recovery.

About Vertical Bridge
Vertical Bridge is the largest private owner and manager of communication infrastructure in the United States owning or master leasing towers, rooftops, billboards, utility attachments and other site location assets, and leasing them to telecommunications carriers and other users of wireless technology. Vertical Bridge sites and assets are located in hard-to-zone areas, and offer significant opportunities to their clients to enhance their subscribers’ experience via improved network performance.

Sparco
Sparco USA is an online retailer for action sports enthusiasts offering high end performance apparel and accessories for vehicles, racing and karts. As one of the most recognizable brands in the world of motorsports, Sparco provides the world of motorsports with safety gear including suits, gloves, shoes, helmets and underwear. Sparco is also a leader in sportswear and team wear.