Skeen Suits up in a Bowtie 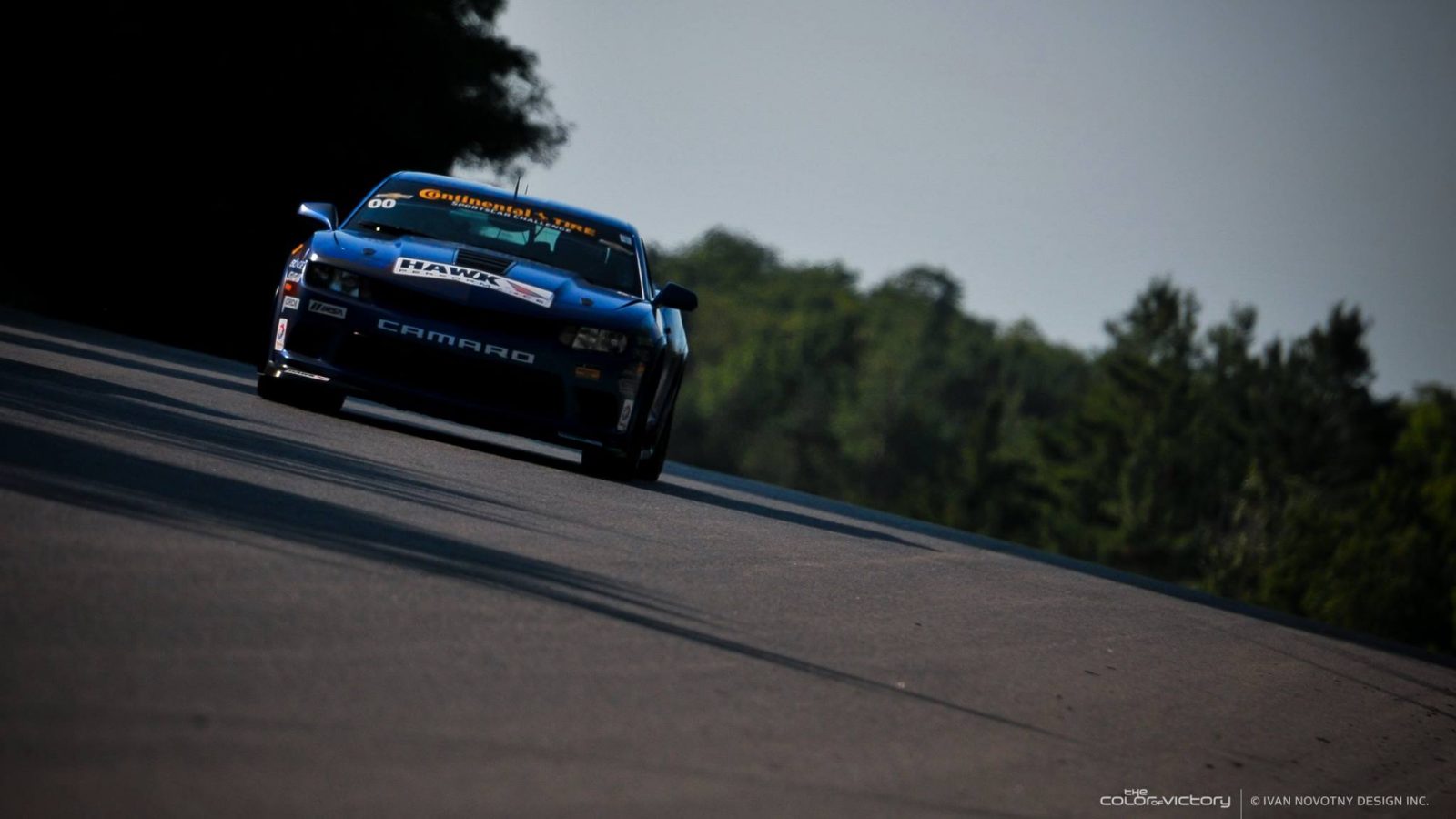 During a short break for the Pirelli World Challenge series, I found myself headed north to Canadian Tire Motorsports Park (Mosport) for the IMSA Continental Tire Sports Car Challenge race weekend.  The CKS Autosport team calls this race home and they were in need of a second driver for one of their two beautiful bowties, the new-for-2014 Chevrolet Camaro Z/28.Rs.

Longtime team mates Eric Curran and Lawson Aschenbach share the #01 Camaro, and I would join Ashley McCalmont in the #00.  I was happy to represent Hawk Performance as they were one of the presenting sponsors of the weekend and CTMP is one of my favorite race tracks.

The weekend started early with a promoter test day Wednesday, followed by official practice Thursday and Friday morning, with qualifying that afternoon.  Ashley did a nice job during qualifying, but was held up on one of her flying laps.  Still, she put our car in 12th place on the grid and we were looking forward to the race.

Saturday was race day, the weather was looking excellent, and CKS was happy to host many guests in the paddock and during the fan walk on the grid.  Our team mates in the #01 had qualified P4 and both cars were looking forward to strong finishes.

The race started smoothly with clean, green flag racing for roughly 45 minutes.  As we prepared to make our first pit stop and do a driver change, the course went yellow and the pits closed, delaying our stop for a few minutes.  When the time came, we had a quick stop, but I was told on the radio that we had an issue getting the fuel rig ground cable off the car and thought we might get a stop-and-go penalty.

After going back to green, I started battling forward, following the #14 Doran Racing car driven by BJ Zacharias.  After just a lap, though, I got the call on the radio to come in for a stop-plus-20-seconds for our penalty.  After serving this under green, we were at least half a lap behind the rest of our class and running at the low end of the Top 20.

I began sorting through the ST traffic and caught maybe one or two GS cars before we had another yellow at the two-thirds mark of the race.  This gave us an opportunity to do our final pit stop and catch up to the rest of the GS field.  The guys did an excellent stop and we picked up a couple spots before going back to green.

On the restart, I found myself following the #14 again and we started working our way forwards toward the Top 10, until he spun and handed me another spot.  After a short run of about 20 minutes, we had a third full course caution, which gave us another great opportunity by packing up the field.

At this point I was running P9, with the team car in sight up in 6th place.  The Top 10 at any CTSCC race is very competitive, so I knew the cars in front would be quick and difficult to pass.  Still, I was able to get by two cars pretty quickly after the restart and began to close the gap up to Lawson in the #01.  He was trailing a Stevenson Camaro, Fall Line BMW, and some very fast Mustangs, all very close to the leader.

The last 15 minutes or so saw this line of cars running closely, but with very little change.  I got a few runs, but nothing that could translate into a clean pass.  Lawson is a team mate and running for points, so I didn’t want to try anything risky.  So, that’s the way it ended.  I felt like we had the speed to run up front, but after starting just outside the Top 10 and then falling back with a penalty, it felt like quite an accomplishment for us to rally back to seventh.

Be sure to catch the television broadcast on Fox Sports 1 on July 20th at 10am!  I’ll be heading to Toronto again this weekend for the Pirelli World Challenge series with the Hawk Performance/CRP Racing Audi R8 Ultra.  Follow along on Facebook, Twitter, and Instagram @MikeSkeenRacing.