Skeen Storms to Pole at Mid-Ohio in Second IPC Start 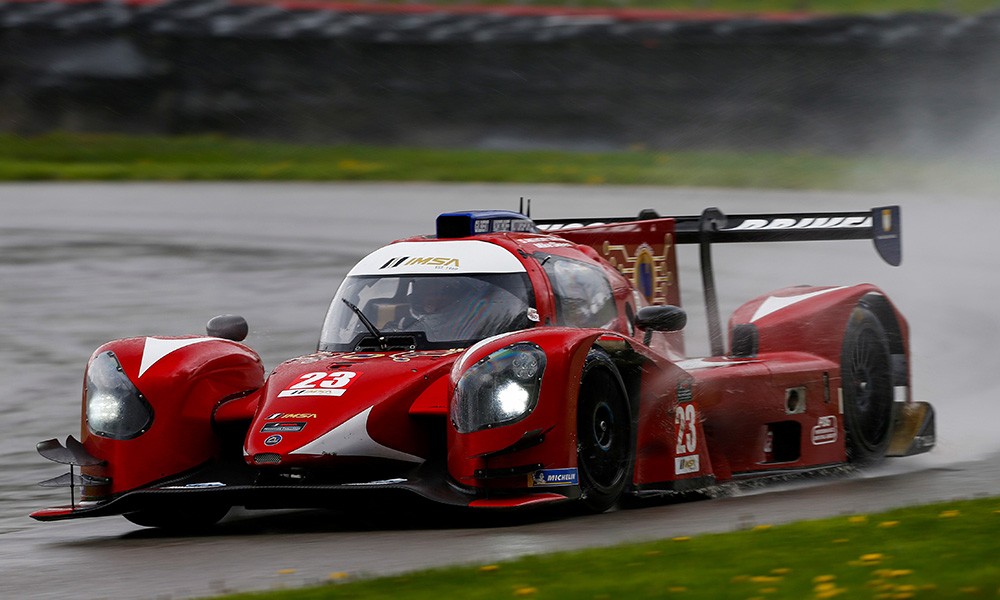 Skeen, in the No. 23 Gilbert/Korthoff MotorSports Norma M30 Nissan, reeled off a 1:37.612 lap time in Saturday’s rain-soaked qualifying session.

“A little experience doesn’t hurt,” said Skeen, whose only other IMSA Prototype Challenge start in an LMP3 came at Sebring in 2018.

“This is probably the most difficult track in the country when it’s wet. It’s a challenge enough in the dry, but with the different pavement and sealer conditions, you really have to read it well in these changing conditions.”

Skeen will co-drive Sunday with Anthony Simone in tomorrow’s 1 hour and 45-minute race.

The pole-winning lap for Skeen was 0.232 seconds quicker than runner-up McAleer, 1:37.844, who one race ago scored a breakthrough win for the Robillard Racing Norma M30 team.

McCusker qualified third in the points-leading No. 47 Forty7 Motorsports Norma he will co-drive Sunday with Rodrigo Pflucker with a lap of 1:37.877.

The championship-contending No. 4 ANSA Motorsports Ligier of Leo Lamelas and Neil Alberico qualified ninth. The duo enters the Mid-Ohio weekend second in points, eight points behind McCusker and Pflucker.