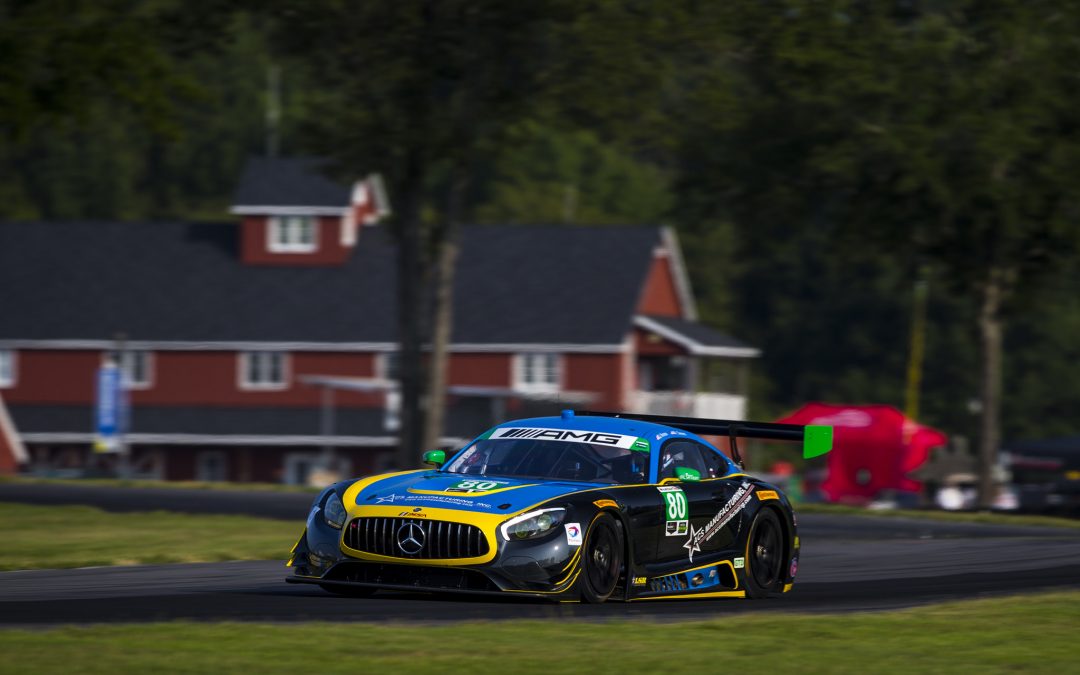 “We had some mistakes in the race with two pit lane penalties and a loose wheel, so we’ve just got to clean it up,” Knox said. “The Mercedes-AMG GT3 was solid in the race and all weekend, which is pretty impressive considering we had the whole drivetrain apart and the entire suspension off it before VIR. Everything went back together perfectly with no issues holding the car together. We just have to work on our execution.”

The setbacks put the No. 80 team several laps down, taking away any chance at challenging for a higher finish even though the Lone Star entry had the pace to race in the top five. Skeen turned the fastest race lap of the three competing Mercedes-AMG GT3 entries in the final 30 minutes of the race.

“It was good, I think we ended up with top-five pace and were the fastest Mercedes-AMG GT3, but it’s unfortunate we had that pace outside the top 10,” Skeen said. “I think we had six trips down pit lane and we should have had no more than three. It was a tough day, we tried to make the most of it, but had some unfortunate penalties in the pit box. That makes for a long day and was not representative of what we could have done.”

Lone Star Racing Team Manager AJ Petersen is already looking ahead to the team’s next scheduled race at Laguna Seca Raceway in September.

“The VIR weekend was just a struggle,” Petersen said. “These guys are ultra-competitive, we’re racing against factory teams and cars, stacked lineups and we’re coming in at the end of the season. We have a lot of potential and a great group of people for sure, but in order to have a good competitive race in this series you have to be perfect. Our team executed just our fourth, fifth and sixth live pit stops of the season at VIR. We are still very fresh and need to work on our execution, but we have the next race to correct those problems and gain more race experience.”

Next up for Lone Star Racing and the IMSA WeatherTech SportsCar Championship is the Continental Tire Monterey Grand Prix at Laguna Seca Raceway, September 22 – 24. The race can be seen live on FOX Sports 1 (FS1) at 5 p.m. EDT on Sunday, September 24.

– Knox and Lone Star Racing’s No. 80 ACS Manufacturing Mercdes-AMG GT3 will both appear at the Park Place Luxury & Supercar Showcase at the Four Seasons Resort and Club Dallas at Las Colinas, in Irving, Texas, on Saturday, September 9. Presented by the Park Place Dealerships, the event showcases both street luxury and high-performance vehicles from the world’s top manufacturers. Lone Star’s race car will be among those representing the Mercedes-AMG brand.