Second In Race 1 At Laguna 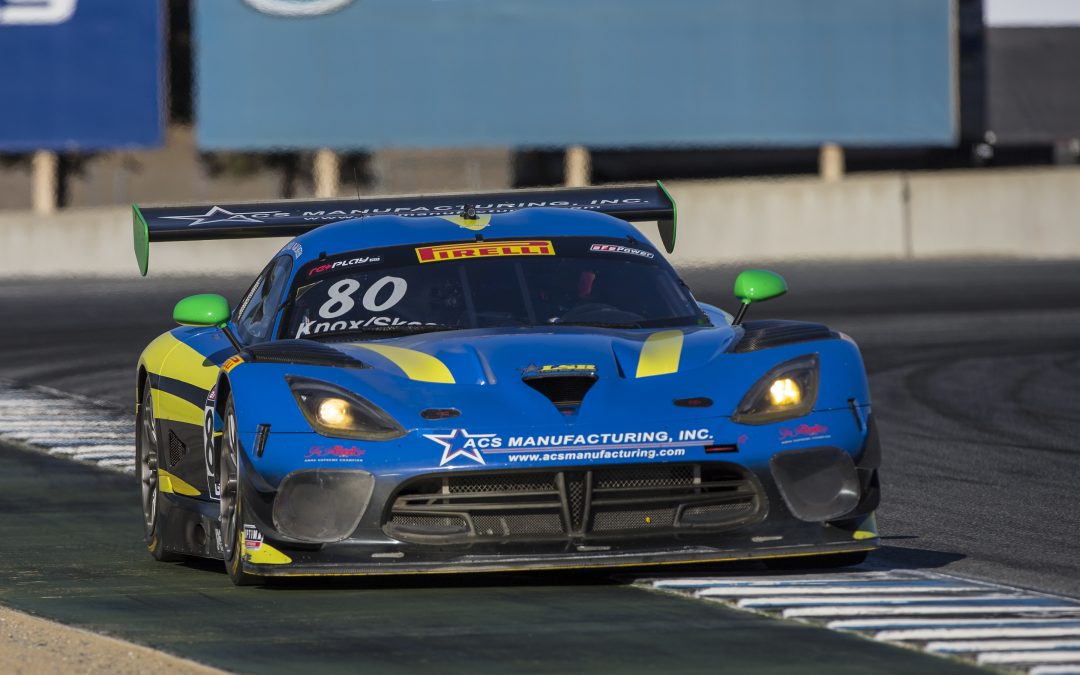 Dan Knox, Mike Skeen and Lone Star Racing Finish Second In Pirelli World Challenge SprintX Debut at Laguna Seca
Knox, Skeen and Lone Star Racing Battle For the Win to the Checkered Flag in the No. 80 ACS Manufacturing Dodge Viper GT3-R
MONTEREY, California (October 8, 2016) – Dan Knox, Mike Skeen and Lone Star Racing finished a close second in the No.80 ACS Manufacturing/Lone Star Racing Dodge Viper GT3-R Saturday at Mazda Raceway in the team’s Pirelli World Challenge SprintX debut.
Gridding from the inside of row five after qualifying ninth on Friday, Knox began the team’s charge to the front from the drop of the green flag, improving four positions at the race start.
Knox raced in the top five throughout his stint before pitting with the rest of the GT-class race leaders as the field prepared for a restart after a mid-race red-flag period.
The Lone Star Racing crew took over from there, putting Skeen in for Knox and getting the Viper out of the pits in second place after a flawless stop.
Skeen quickly went to work on the first-place Porsche, passing for lead on lap 27 with just under 14 minutes remaining. The No. 80 held the lead for the next eight race laps until the race-winning Audi edged by with just over two minutes and two laps remaining in the race.
“Dan had an awesome start to get up into the top five and the team really nailed the pit stop to put us into second,” said Skeen, who did all he could to keep the Audi behind him. “I had a nice battle for the lead with the Porsche and thought we could hold on for the win, but we just didn’t have the long-run pace for the Audi. It’s a bit disappointing we couldn’t stand on the top step, but it was a great performance by the whole team.”
In addition to debuting in the new-for-2016 SprintX class, Lone Star Racing was competing in World Challenge for the first time since Road America in 2015. 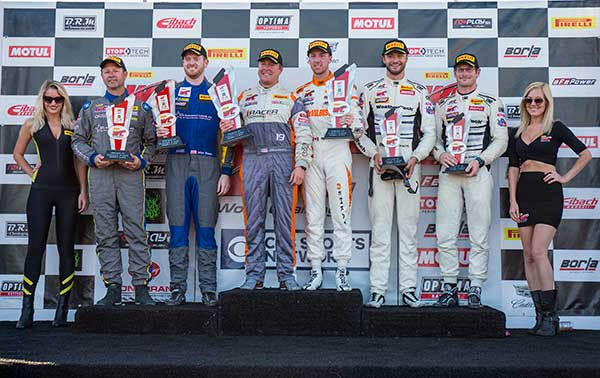 “Things definitely came together,” said Lone Star Racing Team Manager and Lead Engineer AJ Petersen. “Dan had a great start and prevented us from being held up during his stint. We had an excellent pit time that was executed by the team perfectly. This gave Mike the chance to race for the win, and he did an excellent job battling down to the last lap.”
Lone Star will double up on races in Sunday’s final day of Pirelli World Challenge competition at Laguna Seca.
“We are running Mike in GT and then we will run SprintX again as well,” Petersen said. “We are just going right back to work. We will take what we learned from the time on the track to dial the car in some more. Historically, this track is not the best for the Dodge Viper, so we have our work cut out for us again tomorrow.
Skeen wants one more step on the podium in each of tomorrow’s races.
“With the GT and SprintX races on tap tomorrow, we have two opportunities to tweak on the setup,” Skeen said. “Hopefully we can keep the tires under it for a better finish.”
Sunday’s 50-minute GT race is scheduled to start at 1:05 p.m. CDT with the 60-minute SprintX finale going green at 3:15 p.m. CDT.
About Lone Star Racing: Based at Motorsport Ranch within the greater Dallas-Fort Worth area in Cresson, Texas, Lone Star Racing is in its third season campaigning the No. 80 ACS Manufacturing Dodge Viper GT3-R. The team is running a four-race IMSA GT Daytona (GTD) program in 2016 after debuting in the class with a seventh-place finish last year at Circuit of The Americas (COTA). Although Lone Star Racing is new to IMSA, its team members have won races across North America spanning sprint and endurance racing formats. The crew has worked together on many different teams and various types of cars, developing a strong bond and proven capability that gives them a competitive and winning advantage. The team races with the support of primary partner ACS Manufacturing, Inc. (www.acsmanufacturing.com). Look for Lone Star Racing and Dan Knox on Facebook and follow the team on Twitter @LSRTeam.