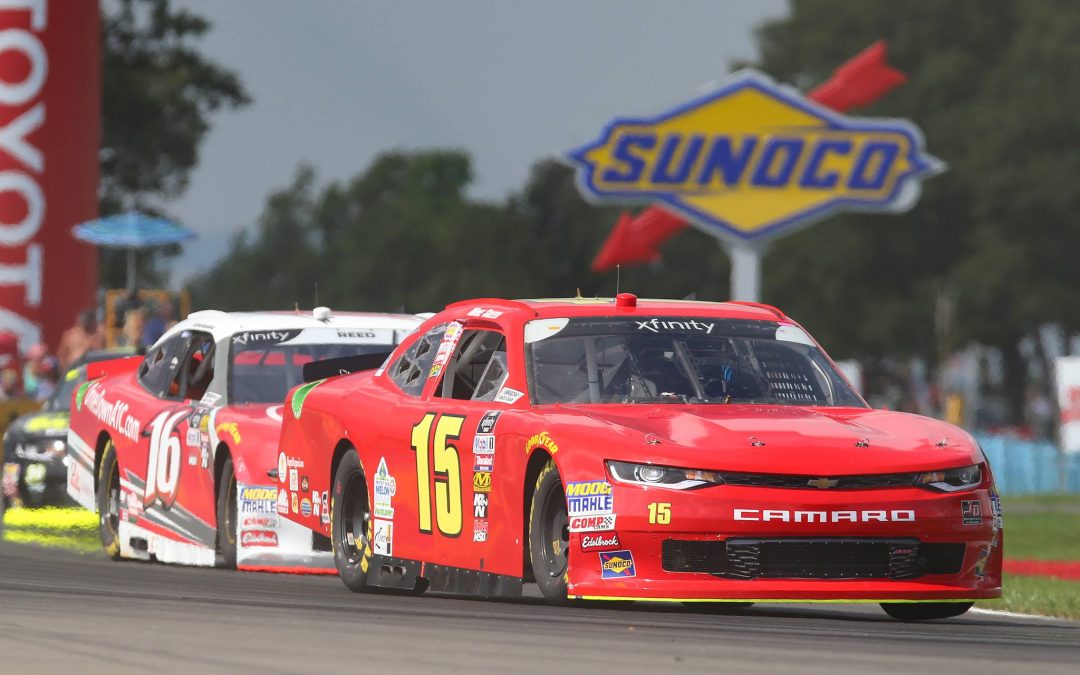 With the Friday practice sessions at Watkins Glen International Raceway for the NASCAR Xfinity Series happening in the wet, Mike Skeen took advantage and topped the charts in his #15 JD Motorsports Chevrolet Camaro with just one timed lap in the books.

Skeen, however, didn’t let his expectations get too high.

“We knew the practice in wet conditions wasn’t a real indicator of speed,” Skeen told Kickin’ The Tires. “Not everyone was out there, not everyone was trying.”

While his first chance to drive the car in the dry was during qualifying, he still managed to qualify 24th despite some small issues in the session.

The race started off well for the #15 team as they picked their way up to 12th position by the end of the first 20-lap stage. During the second stage, the rains came down heavily and the team was not prepared to put on rain tires as required by NASCAR.  What could have been a good opportunity to move forward ended up leaving the team 5 laps down as they had to sit in the pits waiting for tires.  From that point in the race, Skeen simply tried to keep his car out of the lead-lap battles and bring it home clean to score points.

Although not battling for the top spots at the end of the day, Skeen was happy to bring the car home without a scratch for the JD Motorsports team while still scoring points for the championship.

“I look forward to coming back and racing in this series again.  There are a few more road races this season that don’t conflict with my schedule, and I’d even love to try some of the ovals,” Skeen said.