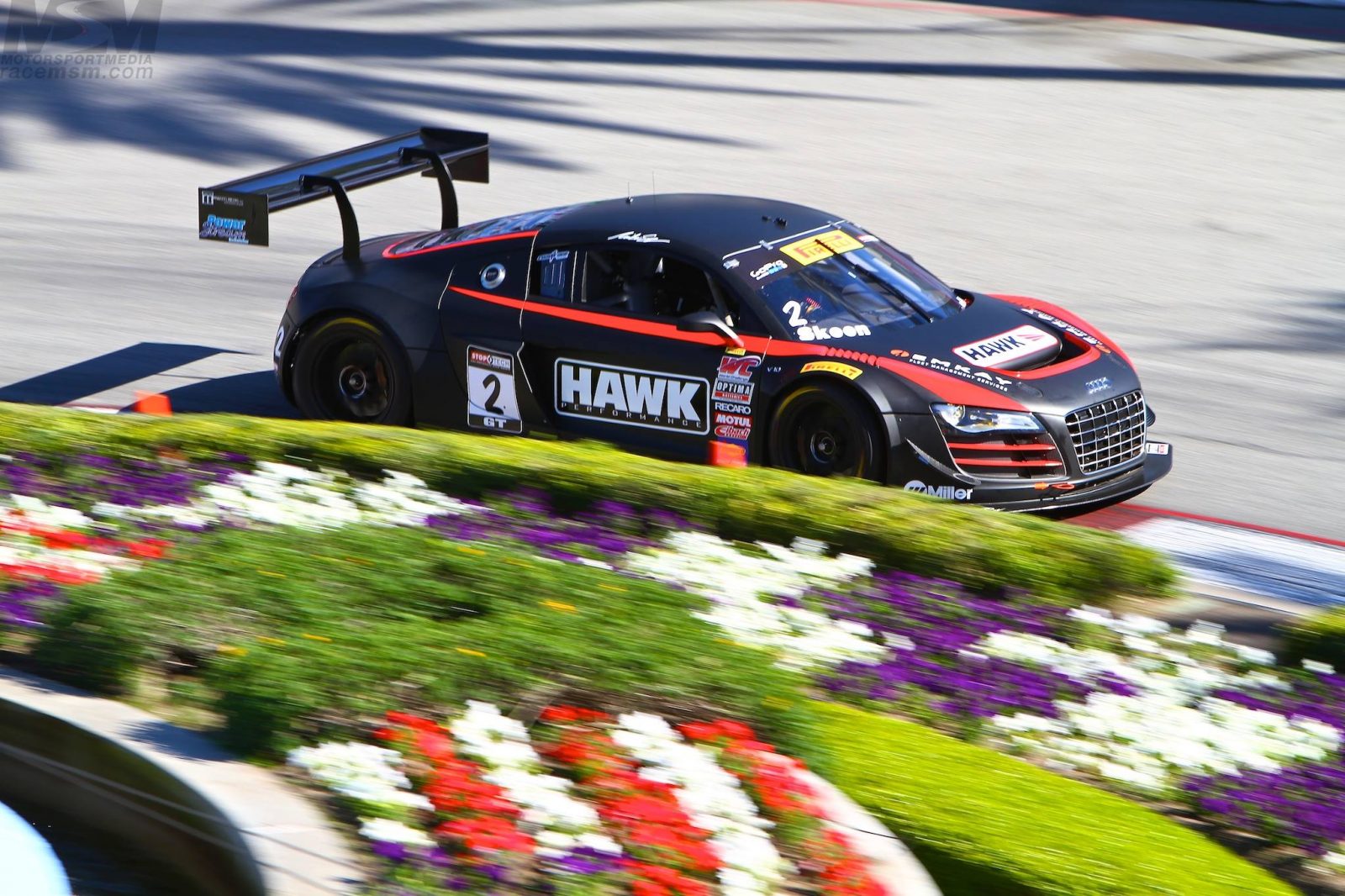 Los Angeles Airport Hotel (and Terminal 3)—Following some teething issues with their new Hawk Performance/CRP Racing Audi R8 LMS Ultra in practice and qualifying, Skeen bounced back to a sixth place finish in the Roar By The Shore Grand Prix of Long Beach.

“I am very pleased with the progress we have made with the R8 this weekend and was really proud of what we accomplished in this first race,” Skeen said.  “At this rate of improvement, we’ll be on the podium in no time!”

With a clean launch from the standing start, Skeen advanced one position before a full course caution came out early for a collision in the GTS field at Turn 2.  Following the restart, he managed to sneak past a few cars to move into sixth. Skeen was on the hunt and getting faster with each lap. By lap 27, he was able to set the second fastest race lap while tracking down the GMG Audis of Sofronas and Palmer, setting up the final lap battle that almost saw a Top 5 for the debut of the new car.

“I think we were all a little disappointed after qualifying because we just missed it a little not being familiar with this platform,” said Skeen.  “However, we rebounded very nicely in the race, kept it clean, and will be able to come out of the box strong when we get to Barber in two weeks.”

You can watch the race broadcast on NBC Sports Network, Sunday, April 20 at 5:30pm eastern (re-air Friday, April 25 at 1:30 am).  Check back here for the full race onboard footage and photo gallery soon!